Skip to content
What is the metaverse? Find out all about this digital space

What is the metaverse? Find out all about this digital space

Subscribe to our newsletter and be the first to know about new products and special offers. 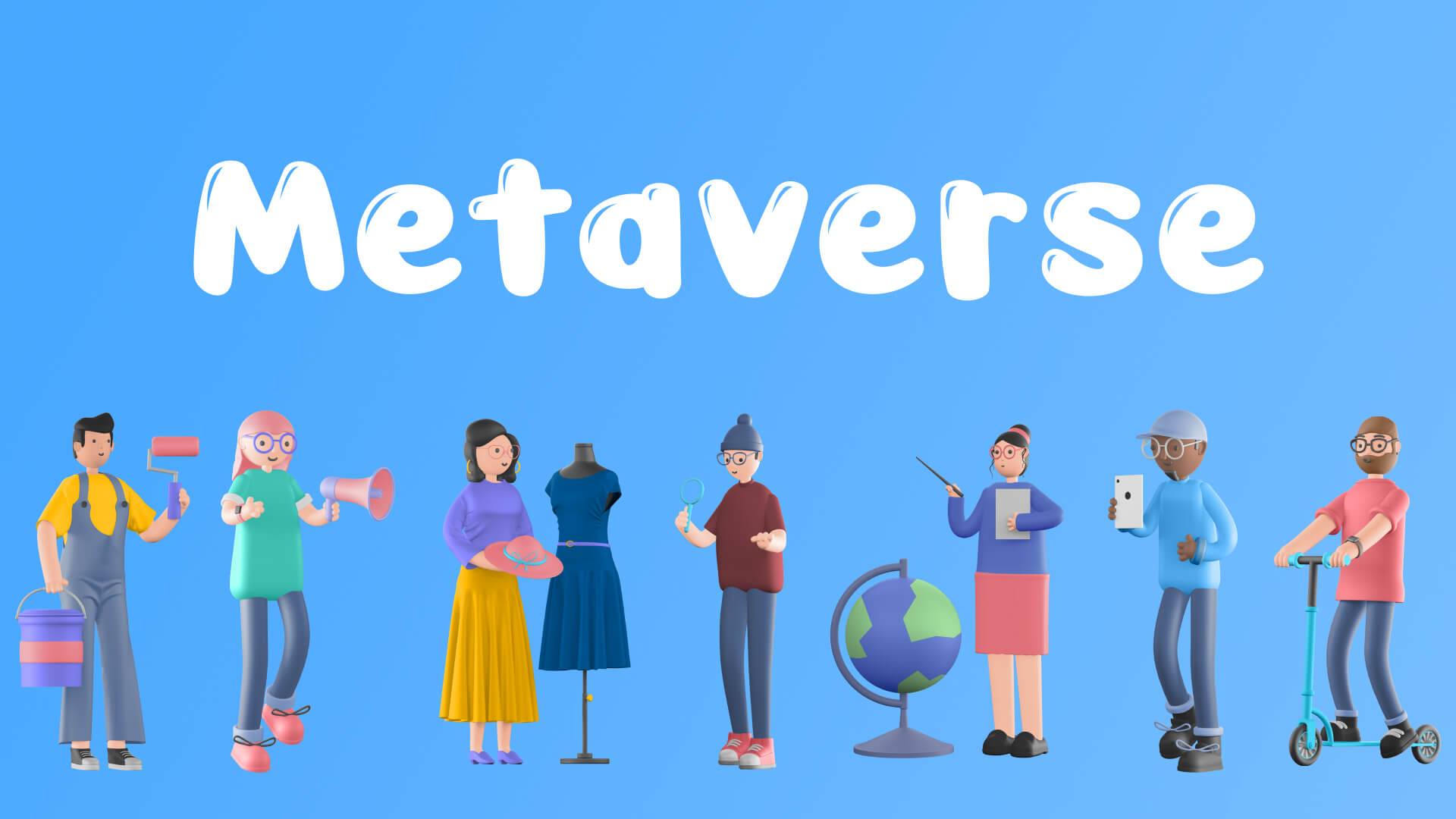 Metaverse was one of the most searched terms on Google after Facebook announced that the company behind the social network has changed its name to Meta, in reference to the new universe that will be formed by aggregating various technologies. But what is new in this context? Are we talking about virtual reality only?

Find out all about it in this article!

1. What is the metaverse?

The metaverse is a virtual universe where people can interact with each other through digital avatars. This world is created from several technologies, such as, virtual reality, augmented reality, social networks, cryptocurrencies, NFT’s, among others.

The concept is that the metaverse is a form of 3D Internet, where communication, fun and business exist in an immersive and cooperative way. The main difficulty in describing this universe lies in the fact that it doesn’t exist yet. The technology giants have already begun to make major investments in order for this to change in a short time.

The term metaverse first appeared in the science fiction book “Snow Crash” written by Neal Stephenson in 1992. In the book, people use the metaverse to escape from a dystopian reality.

It is no wonder that this and other works by the author have served as inspiration for the real world. It is no coincidence that Neal Stephenson worked as a consultant for Blue Origin, Jeff Bezos’ astronautics company, from its founding until 2006. Currently, the writer is the “chief futurist” at the virtual reality company Magic Leap. 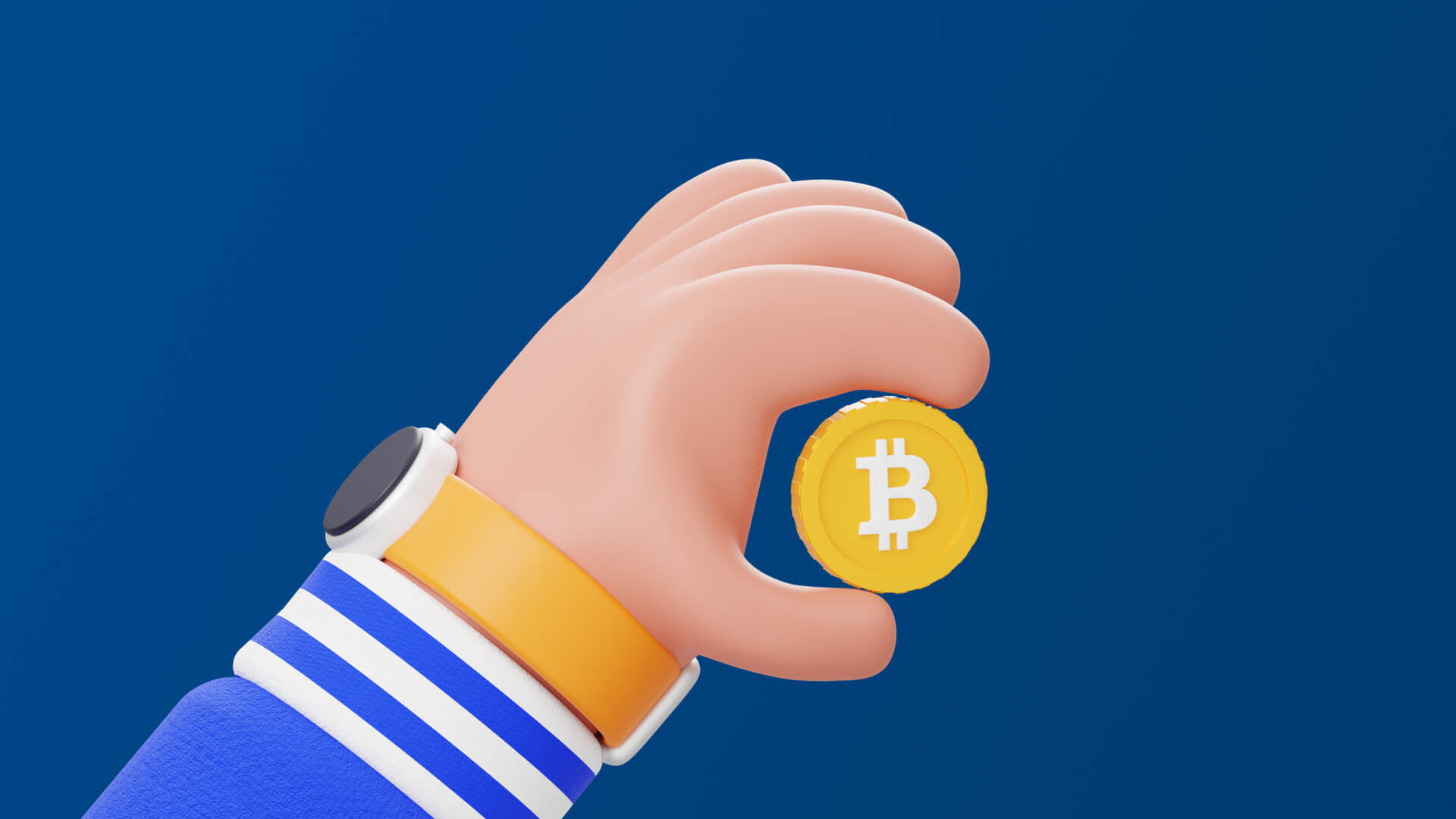 2. How does the metaverse work and what can we do there?

In the future metaverse, people will be able to reproduce all aspects of life in the virtual world. In a press release on the occasion of the announcement of the change from Facebook to Meta, Mark Zuckerberg explained what will be possible to do in the metaverse as follows:

“You will be able to do almost anything you can imagine – meet with friends and family, work, learn, play, shop, create – as well as completely new experiences that really don’t fit into the way we think about computers or phones today.”

To give concrete examples, suppose you have an avatar in the Meta metaverse. That avatar attends a movie screening and, upon leaving, buys a book at a newsstand – all virtually, of course. The ticket, the book, and the tickets, as well as everything else, are paid for with cryptocurrencies. Later, upon entering another instance, a friend asks to borrow a digital book, and it is possible to grant the favor.

Note that, this is only possible if all platforms are compatible with each other. The avatars, the books, the tickets – everything will be kept when moving from Facebook to Roblox, and from there to Microsoft Teams, and then to WhatsApp. 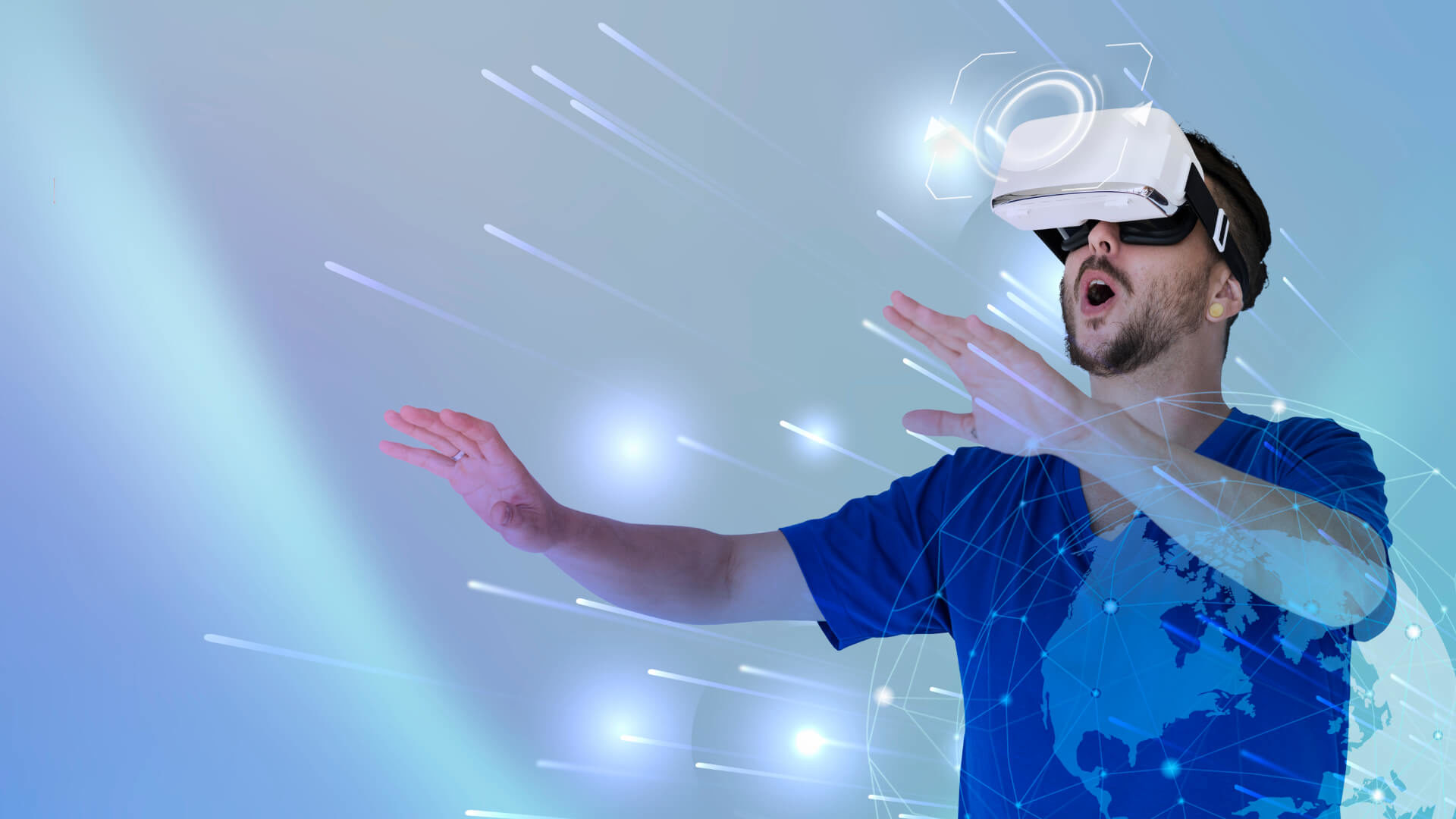 3. Is Metaverse the same thing as virtual reality?

No. Virtual reality (VR) is the use of a computer system to create virtual environments capable of deceiving the human senses – sight, hearing, touch – in order to enable complete immersion in the simulated world.

Technology is a central part of the metaverse, since it is technology that will ensure transportation to this other digital world. But VR is not everything. Building this large, integrated universe will depend on many other technologies, including cryptocurrencies, NFTs and blockchain. 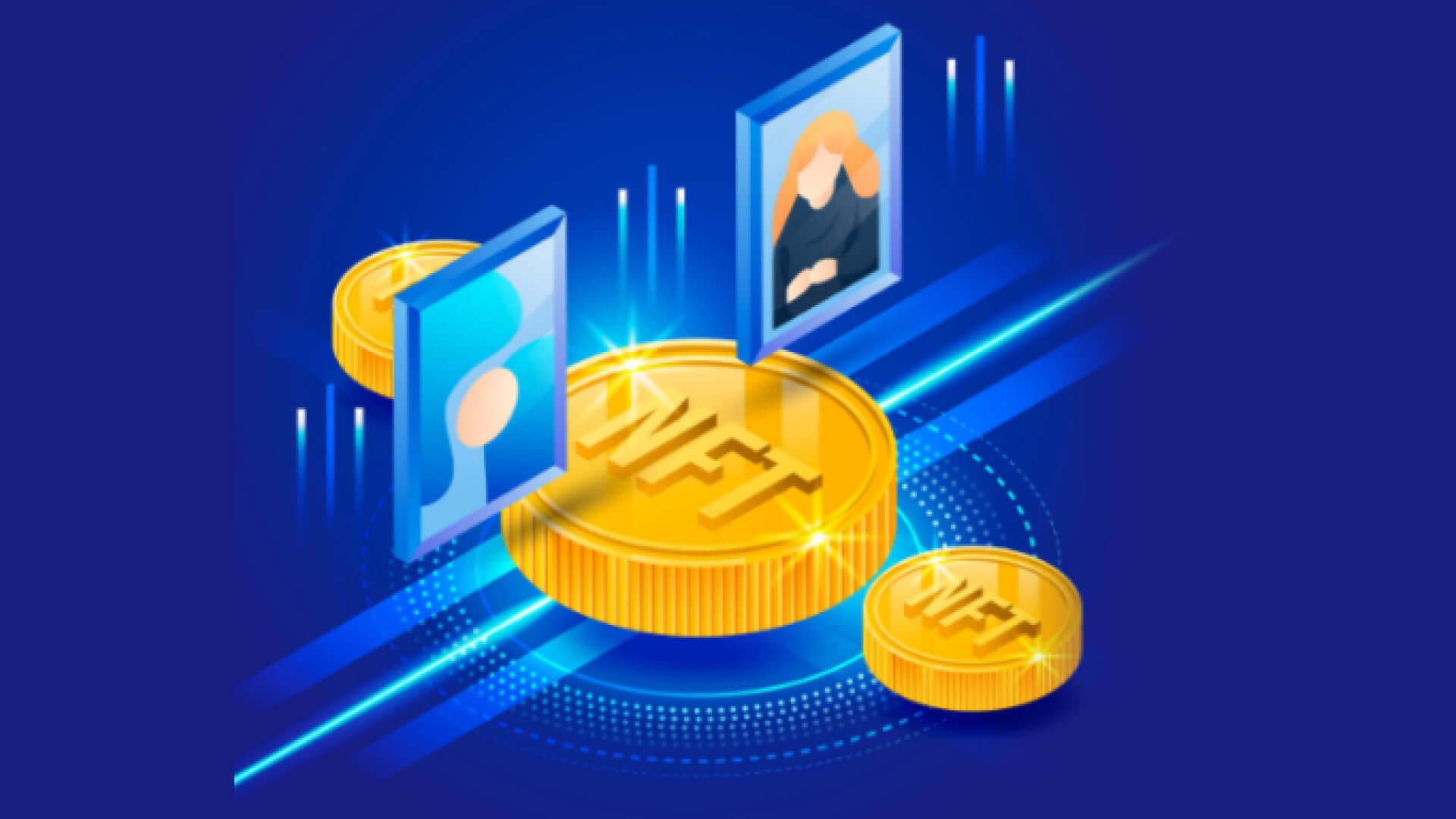 4. NFTs and the metaverse, what is the relationship?

NFT is a type of blockchain-based token used to prove ownership of digital items. The acronym comes from the English “Non-fungible Token,” which derives from the fact that these tokens certify the uniqueness and originality of virtual objects.

Currently NFTs are best known for their use in the purchase of virtual art, but this does not mean that the technology is restricted to this purpose. Non-fungible tokens could be employed to give users controlled access to various platforms, acting as a key for entry and transit in the metaverse.

Blockchain-based games use NFTs quite a bit. One of many examples is The Sandbox, in which players create the world by purchasing non-fungible tokens. With this type of token, users can, for example, sell virtual real estate to other players; in the metaverse, they can perform this and other types of transactions across the various platforms.

This type of application has even been done in the real world. The entrance to NFT.NYC 2019, the annual NFT conference, sold NFT-based tickets. Depending on the ticket, the attendee was entitled to attend the talks, have access to a VIP dinner, and even display a personalized message on the billboard in Times Square.

Thus, NFT has been seen as one of the main means by which the metaverse will be made economically viable.

5. Will the metaverse replace the Internet?

First of all, one must keep in mind that the metaverse is an early stage project, and that all that is talked about, are projections. These speculations, are elaborated from the plans of the technology giants, the companies that now lead and determine what the Internet is. Still, the future of the web is in dispute, and what will become of it in the next decade is uncertain.

For most executives, the metaverse will be a complement to the current Internet, not a replacement. It will be accessible not only through virtual reality devices, but also through a PC, smartphones and game consoles. The hypothesis that it will compete with the conventional web, however, is always debated.

In an interview with the Washington Post, Tim Sweeney, CEO of Epic Games, defined the metaverse as an online playground. “It would be a kind of online playground where users could join friends to play a multiplayer game like Fortnite one moment, watch a movie via Netflix the next, and take their friends for a test drive in a new car done exactly the same way in the real world and the virtual world,” he proposes.

Zuckerberg, meanwhile, argues that the metaverse will go far beyond entertainment. “I think entertainment is going to be a big part of this, but I don’t think it’s just games. I think this is a persistent, synchronous environment where we can be together, which I think is probably going to resemble some kind of hybrid between the social platforms we see today, but an environment where we’re going to be embedded in it,” the Meta CEO said in an interview with The Verge website. 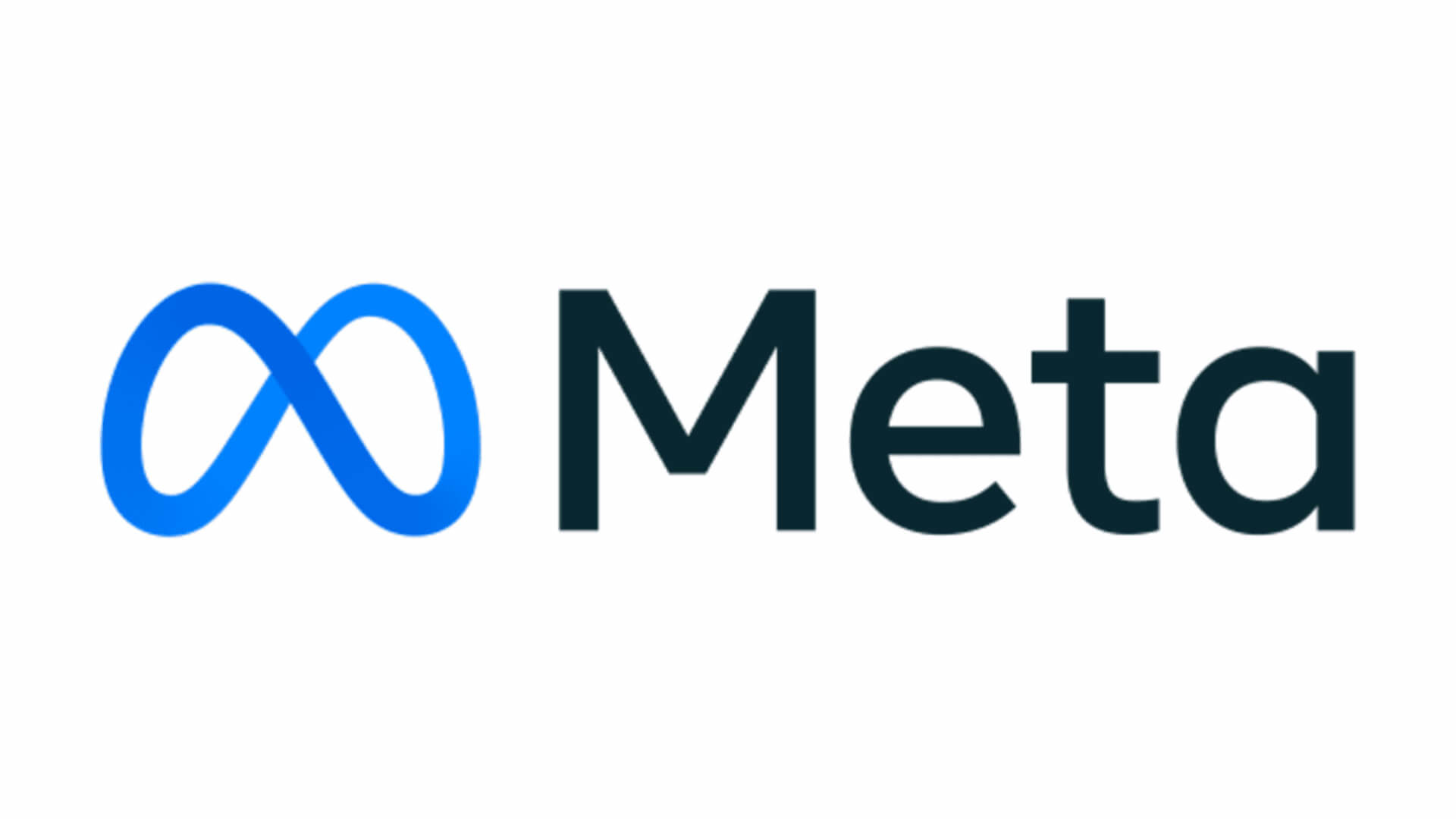 6. Is Meta (Facebook) the only company to develop a metaverse?

Facebook’s name change to Meta certainly means that this new virtual universe is the company’s main goal for the future. Even before the new brand was officially launched, the company had already announced a $50 million investment over the next two years to build the metaverse.

But the metaverse is not a project unique to Meta. Microsoft, for example, has announced the arrival of 3D avatars in Teams. The novelty is part of the Mesh feature, which currently offers virtual reality and augmented reality work environments for Teams, but which in the future will encompass other productivity tools from the company.

The Sandbox – which defines itself as a platform where developers can monetize voxel assets and game experiences on the blockchain – displays its claim to create a metaverse right on the homepage. Roblox, Epic Games, Decentraland, Unity, Amazon, and Nvidia are just a few of the many other giants that are investing in this next phase of the Internet, in which 5G – or perhaps 6G – connectivity will be indispensable.

7. Will the metaverse really come true?

It is not possible to guarantee that the metaverse will materialize. Several aspects of current technology need to change for this world to become a reality, including ultrafast, low-latency internet. The current 4G allows us to stay connected from anywhere, but it is not capable of handling the data flow of countless augmented reality and virtual reality platforms being accessed by billions of users simultaneously.

Another challenge is to ensure that companies effectively build platforms that are compatible with each other. If large companies offer restrictions on items and user experiences coming from competing platforms, the metaverse as it is currently thought of will never happen. At most we will have several independent metaverses, but not an overall virtual experience shared by all.

The crucial point, however, is the ethical issues that the metaverse brings with it. Facebook itself is constantly embroiled in privacy scandals – the best known of them, Cambrigde Analytica, even impacting election campaigns. It is unreasonable to think that the company will be able to guarantee the security of its users’ personal data, especially in a future in which it will have much more information.

Roger McNamee, an early social media investor and now quite critical of Facebook, said in an interview with the BBC that “Facebook should have lost the right to make its own choices. A regulator should be there to pre-approve everything they do. The amount of damage they’ve done is incalculable.”